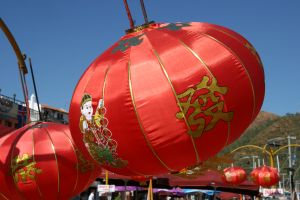 I know – you are probably wondering what in the world is Qigong? Qigoing is an ancient Chinese health care system that integrates physical postures, breathing techniques and focused intention.

Qigong (Chi Kung) is made up of two Chinese words. Qi means the life force or vital-energy that flows through all things in the universe. Gong means accomplishment, or skill that is cultivated through steady practice. Together Qigong means cultivating energy, it is a system practiced for health maintenance, healing and increasing vitality.

The one thing all three styles have in common is that they focus on posture, breathing techniques and mental focus.

A study was conducted to evaluate the effect of a 7-wek Qigong intervention on Fibromyalgia patients. Fifty-seven female FM patients were assigned by random to an intervention group or a waiting list control group. After the experimental part was completed, the control group received the same treatment.

The overall study showed that Qigong has positive and reliable effects regarding FM. The results of the study are encouraging and suggest that Qigong intervention could be a useful complement to medical treatment for subjects with FMS. There was a 93% completion rate and contentment with the overall treatment.

For more detailed information on Qigong you can visit the National Qigong Association.