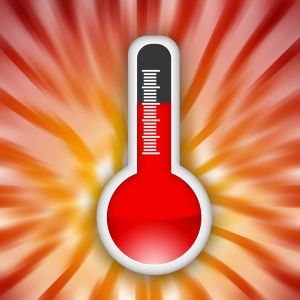 I’ve been sick since Friday and I’m assuming it’s the flu bug that has been going around.  I’ve been feeling semi-sick on my stomach and I have a cold and sinus headache and now it’s settled in my chest, so I’m coughing with it.   When you add this on top of all of the stress from the holidays and trying to recover from the exhaustion of that, I haven’t been doing very well.

One thing I have discovered is that chronically ill patients like those of us with CFS & Fibromyalgia tend to remain sicker longer than a normal person does with the flu.  I even had the flu shot and I still got sick.  I am not having the severity of the acute symptoms that I’m hearing a lot of people at work say they have been having, but after a couple of days, most of them have been feeling better.  Here it is five days later and I’m still sick.

I am extremely funny about germs and this is why.  I try not to be around sick people but when you work with the public, you can’t avoid it.  I am always using hand sanitizers and washing my hands at work, but there are too many people and too many germs – there’s no way to avoid them.

Getting something as simple as the flu can be really detrimental to someone with CFS or Fibromyalgia because it causes all of our other symptoms to flare.  It makes the exhaustion of the CFS worse; it makes the pain of the Fibromyalgia worse; it makes the sleeping issues seen in both disorders worse; and it is overall just harder for our bodies to come back afterward.  Our immune systems are already compromised so something as mild as a cold or a flu can wreak havoc on our entire system.

Have you been sick this winter with the cold or flu?  How long has it taken you to recover?