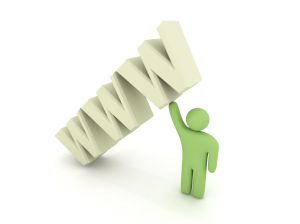 Medically unexplained (functional) symptoms (MUS) are described as ‘physical symptoms that prompt the sufferer to seek healthcare but remain unexplained after an appropriate evaluation. They may affect as many as one third of people seeking medical care. In a provocative article, Tony Buffington of Columbus, Ohio suggests that BPS/IC and feline interstitial cystitis may be manifestations of MUS, and categorizing these conditions in that way may explain many findings that have been difficult to account for.

Chronic prostatitis/chronic pelvic pain syndrome (CP/CPPS) and interstitial cystitis/painful bladder syndrome (IC/PBS) have a similar and significant economic impact, according to a study published in the April issue of Urology.

Medical research concerning the new field of psychoneuroimmunology back in the 1970s concluded that you can’t separate the mind from the body when it comes to pain. That pain can occur as a response to stress and anxiety as well as illness.

Bloating, belching and intestinal gas: How to avoid them

Bloating, burping and passing gas are natural and are usually caused by swallowed air or the breakdown of food through digestion. You may experience gas and gas pains only occasionally or repeatedly in a single day. When gas and gas pains interfere with your daily activities, it may be an indication of something serious. Find out how to reduce or avoid gas and gas pains, and when you may need to see your doctor.

Second only to the common cold as the leading source of workplace absenteeism in the Western world, Irritable Bowel Syndrome (IBS) is suffered by between 15 and 20 percent of all adolescents and adults in Western populations – and 40 percent of those have symptoms severe or frequent enough to disrupt their work and/or social lives. Symptoms of IBS include abdominal pain, diarrhea, constipation, bloating, flatulence and urgency of elimination.