You are here: Home / Fibromyalgia / Give This List To Doctor Before Having Surgery 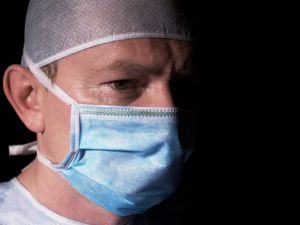 I read on ImmuneSupport.com a recommendation list that was created for Chronic Fatigue Syndrome and Fibromyalgia patients to give to their physicians before having any type of surgery. I will highlight on here the information, but if you are planning on having surgery you will want to print out the entire article on ImmuneSupport.com. By printing out the complete article, Recommendations for Persons with Chronic Fatigue Syndrome (or Fibromyalgia) Who Are Anticipating Surgery , you can provide your physician with the evidence-based bibliography that accompanies the article.

Dr. Charles Lapp, MD, director of the Hunter Hopkins Center for ME/CFS/FM in Charlotte, NC, is the creator and he begins his recommendation letter/list that he wants physicians to be aware of before operating on CFS/FM patients:

CFS is a disorder characterized by severe debilitating fatigue, recurrent flu-like symptoms, muscle pain, and neurocognitive dysfunction such as difficulties with memory, concentration, comprehension, recall, calculation and expression. A sleep disorder is not uncommon.

– All of the symptoms listed above are aggravated by the least amount of physical exertion and/or emotional stress. Relapses can occur spontaneously.

– CFS patients are not anymore susceptible to typical infections than the general populations even though they have some mild immunological abnormalities (I don’t completely agree with this one, but I’m not a doctor either.)

– Even though these illnesses are not considered infectious, it is not recommended that blood or harvested tissues be donated to other people.

– Magnesium and potassium levels should be checked prior to surgery in CFS & FM patients as these patients’ levels are usually low. Dr. Lapp says that intracellular magnesium or potassium depletion could possibly lead to cardiac arrhythmias while under anesthesia.

– Allergic reactions are more common in CFS patients than other people. It is recommended that histamine-releasing anesthetics and certain muscle relaxers should be avoided.

– The majority of CFS patients are very sensitive to sedative medications that need to be used sparingly and in small doses until the doctor can assess the patient’s reaction and response.

– CFS and FM patients tend to frequently use herbs and alternative therapies and the anesthesiologist should be made aware of all therapies they are using. It is best to cease all therapies at least one week before surgery is scheduled. The American Society of Anesthesiologists recommends that all herbal medications be stopped 2 – 3 weeks prior to an elective surgery. Dr. Lapp says the following are of most common concern:

– Garlic, ginkgo and ginseng because they may increase bleeding
– Ephedra or ma huang because this may cause hypertension, tachycardia or
arrhythmia
– Kava and valerian because they increase sedation
– St. John’s Wart because it can have many drug interactions
– Echinacea because allergic reactions are possible and immunosuppression with long
term use is possible.

– Almost all CFS patients have HPGA Axis Suppression but Dr. Lapp says it rarely suppresses cortisol production enough to cause a problem. He recommends that seriously ill CFS/FM patients be screened with a 24-hour urine free cortisol level (spot or random specimens are usually normal) or Cortrosyn stimulation test, and provide cortisol to the patient if needed. Dr. Lapp suggest that patients who are receiving the cortisol should have their doses doubled or tripled before and after surgery.

– Dr. Lapp also notes that relapses are very common following operative procedures and healing tends to be slower among these patients.

Thanks to Scapel’s Edge for including this post as part of their blog carnival.